I wasn’t as happy as I expected to be when I walked out of the hospital on my last day in medical school. But then again, there was little to celebrate — my last few patients had terminal cancer, a stroke, and end-stage liver disease from alcoholism. I signed off my patients to my resident, and so, my medical school career came to an unceremonious end. I thought to myself that I was finally done with my schooling.

But it’s never done. The reality of being responsible for patients slowly took shape during these past few weeks. Maybe that’s why my last day of medical school came and went without any fanfare — even eventually with an MD after my name, nothing will have really changed. I’ll still be learning and taking care of patients just as I’ve done over the past year.

Some special aura appears around you when you don a white coat. Suddenly to outsiders, you’re seen as a healer and sometimes a last resort. Magically, you possess the backstage pass to delve into the lives of strangers and hear about their most intimate details. I’ve had patients tell me many times about their joys and worries, their relationships and vices, and even their sex lives, all unprompted. There is no other relationship comparable to that between a doctor and the patient — at least not one that can form so swiftly and built on blind trust and confidence.

Still, there hangs a thick and opaque curtain between us — patients know so little of what goes inside our heads, and we devote so little of our time to figuring out what their thinking and feeling. That’s why medical writing is essential to medicine. The goal of my columns over these last four years was never to persuade, or to convert, or to proselytize. After all, you can’t do that in a 600-word monthly column — you can’t change anyone’s opinion these days even if you handed them a thick binder filled with scientific facts.

Instead, the goal was simply to teach, to inform, and to reveal. To let patients know that their doctors cared for them and are invested in their lives, even if they manage to see them for only 15 minutes after an hour of sitting in the waiting room. These pieces intended to tell patients that we know that being a patient not easy, but neither is being a doctor.

Every patient and doctor have untold stories that deserve to be exchanged. My columns were a collective attempt to build a two-way bridge between those who were being cared for and those who cared for them. As I enter residency next month, I’ll continue to write and tell these stories.

Steven Zhang is a physician who blogs at Scope, where this article originally appeared.

Welcome to the new normal: practices of 500 physicians or more 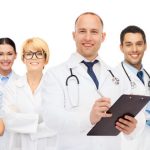 The pros and cons of being a part-time physician 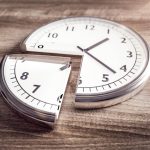