If I were writing a book about what it’s like to be a visionary pediatrician speaking up for children’s health, I would title it, The Hate We Get.

A few months ago, I received a death threat comment on a TikTok video I posted advocating for COVID vaccines.

My college-aged daughter called me, “Mom, I saw your TikTok video.  That’s so scary. I’m so sorry.”

I did a response video, deleted, reported, and blocked the commenter.

I follow @drglaucomflecken on TikTok, a hilarious and nearly spot-on ophthalmologist who is the satiric hero of the medical side of TikTok. He has 1.6 million followers and 56.4 million likes on his videos.  His loyal scribe, Jonathan, who he also plays, makes hilarious and comedically-timed appearances in most of the good doctor’s content.

He’s mostly spot on when it comes to the stereotypes and quirks of the various medical specialties.  When role-playing a pediatrician, he puts on his unicorn headband and dons a syrupy sweet caricature, happy when everyone is getting along and full of hilarious child safety warnings.

With all due respect, @drglaucomflecken, tell your loyal scribe Jonathon to make a note in your chart: Pediatricians do not wear unicorn headbands!

No children’s health issue is immune to backlash.

The internet is a weapon to silence. The cyber-universe is a web of trolls with the ability to mobilize within a few malicious virtual minutes.

The divisiveness of our politics has created a dualistic for or against, simplifying the cybertrolls’ job. Armed with their extreme propaganda, a troll can easily source who to demonize.

It’s all fear-based attempts to silence and, to be honest, sometimes it works.

Pictures of people outside the Nebraska Capitol with assault weapons, posting their pictures, grinning on my Facebook page, with the comment, “You’re horrifying.” This one came after a comment I made on a state Senator’s post about a legislative bill to ban assault weapons.

Things have been tough for visionary pediatricians well before COVID.

What I mean by tough is attacks have been relentless and ongoing.

What I mean by visionary is the ability to manifest a dream for children’s health.

Anti-vaxxers were weaponizing the internet to pile on pediatric practices, taking over and faking online reviews.  Practices have been left to invest in hiring cybersecurity experts to protect their patients and livelihoods.

Privilege alert:  I’m a 53-year-old pediatrician with financial resources, am free from the constraints of working within a health care system, and have white privilege. Though I have received and will continue to get death threats, I cannot deny that speaking out for children’s health is much easier for me than it is for visionary pediatricians who do not have my privileges.

Children have always been used as political pawns.  With what children and teens are facing as fallout from the pandemic and another COVID surge mounts, the voice of the visionary pediatrician becomes even more important to protect.

The first time I remember getting hate for speaking up for children’s health was when I got a mail delivery of an envelope, and I remember wondering, just post 9/11, if it could be laced with anthrax.

A manila envelope, 8.5 x 11.  I had just written a letter to the editor on what was most likely gun violence prevention. I seriously can’t remember.  It was chilling to see a copy of my letter to the editor cut out, and paper clipped to the top of a stack of Nazi propaganda and swastikas.

I remember being scared, debating whether this crazy person would come find me in my clinic.

Twenty years ago, in my private practice, I had a patient who lived in fear of her father. During clinic visits, I lived in fear of her father too.  Mom, the little girl, and the little boy all marched to the beat of the father’s drum.  I did, too, during clinic visits. I remember being stuck in the land between my sixth sense knowing in my gut that things weren’t right, and the knowing based on experience that if I called CPS they would ask me for evidence I couldn’t produce.  Dad would come for me if I reported.

Not speaking up can give you a stomachache, a nauseating twinge of shame.  It’s a moral injury incurred by a failure of systems, fear, and the ongoing harm of my inner self-critic.

Sometimes I don’t speak out because of fear or fear that it wouldn’t do any good.

COVID has democratized the hate against physicians.  It may be the first time some physicians, other than pediatricians, have experienced the same level of attacks, and it’s not okay.

It’s very tough to know when to defend yourself when facing hate and threats of violence while fighting against the dangerous precedent of putting politics over the health and well-being of children.

I do not know Dr. Gordon. I would be honored to.  As a visionary pediatrician, I feel as if I know her story well.  I reached out to her via email to let her know how I support her and am grateful for her advocacy for transgender youth.

Pediatricians are famous for being the only specialty that advocates for our patients first.

Advocating for ourselves has historically taken a back seat or no seat.  Though we are experts and advocates for prevention and childhood safety, including injury prevention, we have not been taught to put our oxygen masks on first.

Visionary pediatricians are experiencing an epidemic of moral injury, and it’s not OK.

Every time I make a post or speak out, I run it through my “Is this worth a death threat” filter, and it’s not OK.

It’s time to start protecting the voices of visionary pediatricians.

We will keep speaking up!

Who will speak up for us?

The visionary pediatrician may soon be an endangered species.

Karla Lester is a pediatrician. 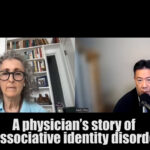 Why a nurse should not go to jail 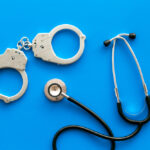