A guest column by the American Society of Anesthesiologists, exclusive to KevinMD.com.

It is not uncommon for my patients and their family members to ask for my credentials at the end of our preoperative interview. Despite reaching my forties, my Asian genes have allowed me to maintain a youthful appearance – often causing apprehension about my claim to be a doctor. I diligently go through my bona fides: college, medical school, residency, two fellowships and finally, the master’s degree in health informatics I received just this year. To my surprise, they seem to dismiss my medical education and instead, question my “crazy” reason for going back to school. I tell them my reason was, “for them!”  I wanted to learn how information technology, in particular social media and mobile apps, could be harnessed and lead to more effective patient-centered care.

Inevitably, this part of the discussion facilitates openness, leading them to divulge: their struggle to understand their medical conditions; their pursuit of health information online; and, their opinion that the medical profession seems inaccessible. In that brief conversation, without saying more, I become a trusted advisor and medical confidante. In the specialty of anesthesia, where we only have a short time to establish trust with patients before surgery, those originally suspicious patients become my die-hard fans. They see me not just as another physician anesthesiologist, but as their physician anesthesiologist.

If you could not tell from my educational history, I have an insatiable curiosity and passion for learning (overcoming my urge for sleep). I knew social media encouraged engagement, but I was nonetheless surprised at how effective it could be for exposing new ideas and different perspectives. One unexpected area that social media engagement enhanced was my medical conference experiences. My conference routine is usually to overload my schedule with talks in between mandatory meetings. Despite my best intentions, I am embarrassed to admit I do not usually give my undivided attention to the talks. Rather, my attention is typically split among the talk, emails, texts about later festivities and social media accounts. My usual conference humdrum continued until I began tweeting about the events and presentations at the conferences I attended. In 2017, I registered for a personal record of five anesthesia conferences and I decided to tweet at every single conference. At two of these I was on their social media committee, so it was kind of cheating, but it was still a big change.

These are the results of my conference challenge when I conference-tweeted for a year.

1. I paid attention! While waiting for the best slide to capture the essence of the talk or interesting talking point, I paid more attention. I also found I understood the talks better and would spend more time thinking about the topic of the talks as I tried to squeeze my tweet within the limited character quota. Admittedly, at times this wasn’t possible, and it became two tweets. But luckily for the reader, the second tweet would usually include an action photo of the speaker mid-speech.

2. I connected to others I would not have otherwise. I do try to network at conferences, but being an introvert, I can only sustain the effort in small doses and hadn’t previously been very successful. The beginning of these tweet interactions germinated from my reviews of other conference attendees’ tweets. I would promote their tweets by retweeting them on my feed. Inevitably, I would retweet more tweets from certain people and found that I wanted to follow their conference experience. It helped that they attended talks I wanted to attend but could not, due to scheduling or energy-level conflicts. While I only knew these attendees through their tweets, I felt as if I already had something in common with them, and less inhibition to message them on Twitter. The attendees I have met through conference tweeting have resulted in stronger, longer-lasting connections than those from cold networking events that I had pushed myself to attend in the past.

3. I get more of what I really want from the conference: new ideas and different viewpoints. While the conventional means of knowledge transmission is from selected speakers and workshops, I get to read tweets from many different medical care providers from various practices and backgrounds. While reading posts is great, reading conversations that ensue from a post is even better. This “crowdsourcing” of ideas is a hidden gem not to be missed.

This last point brings up the evolving nature of learning in the social media environment.  The traditional hierarchy of learning involves a “top-down” communication approach. In sharp contrast, social media learning exhibits an “upward” communication with experts, and/or “lateral” communication with colleagues. Personally, I welcome the feedback and engagement from audience members during my talks. These comments enable me to see what other physician anesthesiologists really want to hear. I recognize these comments, and as a result my talks will evolve over time. I especially welcome inquiries from attendees well past my presentation at a conference – since it reflects they have thought through their question. While these studied questions are usually challenging (meaning: I have no idea what the answer is), in my view, a discussion of our ideas is more productive than a “right” answer.

With social media, the democratization of the didactic sphere will only accelerate learning, engagement and the advancement of medicine. So whether you see me in the front of a lecture hall (for the best unobstructed pics) or in the back snagging one of the last seats, come over and say hello. I hope you will join me in conference-tweeting and enhancing our next conference experience.

Lisa Chan is an anesthesiologist.

When diagnosing colon cancer isn't in a patient's best interest 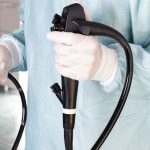 The impact of commuting on your financial plan 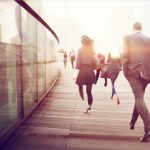