I have been working on gun violence prevention for the past two years. After the Las Vegas shooting, I worked with a fellow medical student to create a course teaching medical students about gun violence and how it relates to medicine. We taught future physicians, the ones who will be responsible for treating gun injuries, about the complexities of firearms in America. I have spoken to medical student members of the American Medical Association, educating participants from around the country about the importance of counseling patients on safe firearm storage. Last month, I helped administer a workshop on safe firearm storage to pediatric residents at McGovern Medical School at The University of Texas Health Science Center at Houston so they can provide patient education that will prevent unnecessary accidental injuries and suicides. I’ve done what I can to prevent gun violence with currently available research, but it isn’t enough.

I cried when I saw El Paso, my hometown, was added to the growing list of American mass shootings.

Nothing prepared me for frantically going through my contacts, checking on family and friends to see if they were safe. There was relief hearing a familiar voice or getting a text verifying safety, but it was quickly followed by paralysis. I felt helpless. My knowledge of the issue couldn’t prevent 22 individuals from the United States and Mexico from perishing unnecessarily at the hands of a killer. Safe storage wouldn’t have prevented this man from driving from a Dallas suburb to El Paso with a legally purchased firearm with the intent of inflicting as much damage as possible. This loss of life is tragic and I don’t know how to stop it.

We’re stumbling in the dark when we propose solutions to gun violence in America. Public health research on this issue was set back decades when the Dickey Amendment effectively halted gun violence prevention research. There are significant gaps in knowledge regarding commonly proposed gun violence solutions (minimum age requirements, stand your ground laws, etc.). If we want to sustainably move forward, we can’t make impulsive decisions about a politically volatile and deadly issue. We need to rigorously evaluate interventions so we know what works and what doesn’t. The National Institutes of Health (NIH) and the Centers for Disease Control and Prevention (CDC) are ill-equipped to evaluate the causes of gun violence and potential solutions. There is currently a debate about whether new language in a spending bill will finally lift the moratorium on federal research.

While the federal government determines if it can study gun violence prevention, UC Davis, Massachusetts General Hospital, and Johns Hopkins University have established gun violence research centers in an effort to fill the void left by the federal government. Why isn’t Texas among them? Our state is renowned for defending the rights of private citizens to own firearms. We should be on the forefront of learning how to make firearms safer. In the aftermath of tragedies such as Sutherland Springs, Santa Fe, and El Paso, our lawmakers suggest solutions without committing resources to evaluate the efficacy of their proposals. A local research center could exist as a resource for lawmakers to reference before they respond to a tragedy.

A gun violence prevention research center located in the Texas Medical Center (TMC) could contribute toward a national conversation by coordinating with existing centers and analyzing the impact of potential solutions at the regional level. Firearm ownership rates and attitudes toward firearms vary greatly across the country and a research center located in Texas could provide an important regional perspective currently missing from academic discussions regarding gun violence prevention. The TMC is the largest medical center in the world, it is capable of providing a wealth of expertise that is already integrated into the community. Give health care professionals located here the chance to produce and evaluate ideas that would allow firearms to exist in a world where parents aren’t afraid to take their children grocery shopping. Gun violence devastates communities with loss of life, physical harm, and emotional trauma. The more we understand the issue, the less likely anyone will have to call a loved one to find out if they are still alive.

Michael B. Bagg is a medical student and can be reached on Twitter @MichaelBBagg. This article originally appeared in the Houston Chronicle.

Why the Lancet's editorial on Kashmir is unhelpful 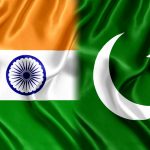 The costly decision of delaying surgery 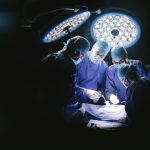