It is well known that smoking cigarettes negatively impacts health and leads to an increased risk of stroke, heart disease, lung cancer and death.

No one debates this anymore. But it wasn’t always this way, and it didn’t come easily.

In the 1940s, almost half of the population in the United States smoked, and the tobacco industry was subsequently incredibly powerful and politically active. It spent millions of dollars on politicians for their campaigns and the lobbyists who used to persuade them.

In 1939, Dr. Ochsner and Dr. Debakey proposed smoking was a “responsible factor” in the development of cancer. Over the next two decades, research and evidence began to mount about the ill effects of cigarettes. People were dying.

And Big Tobacco responded. They passionately questioned every piece of medical literature, claiming the science wasn’t clear. They formed their own “research” groups. They spent more money in Washington. When the evidence about the effects of second-hand smoke came out, they touted smokers’ rights, claimed the research was false, and, yes, spend more money in Washington.

Despite all these efforts, we are now a country with only 15% of adults as smokers. Smoking is banned on all flights. Not only can you not smoke inside most buildings now, many places regulate where you can smoke outside of buildings.

How did this happen?

Physicians and researchers studied the effect of nicotine and cigarettes until the answer became so clear, Big Tobacco lost all credibility with their cries of “fake science.” No amount of lobbying and no amount of money could hide the truth.

And armed with this truth, Congress took action. In 1965, Congress required warning labels on all packages of cigarettes. In 1987, Congress led to the smoking ban on airlines.

Yes, people still smoke. But we, and Congress, have made it hard for them to do so. As physicians, we talk to our patients about what smoking does to their health. We create programs to help people stop smoking. We inform, educate and treat our patients with nicotine addiction. As a government, we have increased taxes on cigarettes, forced smokers to sit outside and imposed fines on violators of smoking bans.

And these efforts have worked. There has been a significant reduction in the use of cigarettes in this country, and we are a healthier nation for that.

Research, medical evidence, and science led to legislation which collectively led to an improvement in this country’s health … despite an incredibly powerful lobbyist.

We have done it before, and need to do it again — with gun violence.

But as physicians and researchers, our hands are tied. Gun violence and sepsis kill approximately the same number of people in this country every year, but gun violence has 0.7% of the amount of funding sepsis has.

Gun violence is the least researched cause of death in this country — and not just by a small amount.

Gunshot wounds are a medical diagnosis, the same as diabetes. And think about how the health of this country would be affected if the sugar industry, through legislation, prevented us from studying diabetes?

The Dickey Amendment, which led to a 96 percent drop in funding for CDC firearm injury prevention has to be repealed. Research into prevention of gun violence not only needs to be allowed, it needs to be encouraged and funded.

It took almost 30 years for Congress to place warning labels on packs of cigarettes after Dr. Ochsner and Dr. Debakey first proposed the link between cigarettes and lung cancer. In that time, millions of people died while being lied to by tobacco lobbyists.

How many more children have to die before Congress takes action to let us study how and why a child leaves for school in the morning and doesn’t come home?

What ended the debate about the world being flat vs. round? Science.

What ended the debate about whether or not smoking was bad for you? Science.

What can end the debate about how best to reduce and end gun violence in this country? Science.

The fall of the digital rectal exam 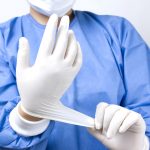 The human touch in medicine: good or bad? 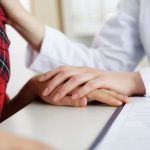