Whether by design or by necessity, it appears that single payer is inevitable. Economic reality demands it. Some external force needs to be applied to counter the cost of rapidly expanding medical technology coupled with the political and legal pressure to make that technology available to as many people as possible, regardless of their ability to pay.

The problem is certainly not new, but we are at the point of having to admit that the methods to control costs up until now have been abysmal failures. That’s because every cost-control method has been based on controlling physicians supposed “bad behavior” while keeping them responsible for the outcome. You just can’t allow patients to demand everything they want, backed by a runaway legal system, override physicians decisions, choke off their money supply and still hold physicians responsible. The pathological complacency of physicians added significantly to the failure.

It’s time for physicians to recognize the inevitable and decide what role we will play in the brave new world of single payer. We simply can no longer remain passive. We must demand a seat at the negotiating table and withhold our services if necessary. That leaves one option. Physicians must form a union and negotiate everything from protocols to pay. As the cost controller, the government gets the final say over everything from the number of MRI scanners to what drugs are to be allowed. Physicians agree to follow government guidelines. If the patient disagrees, is harmed or is dissatisfied for whatever reason, they must take it up with the appropriate government agency.

Lawyers are out of the equation. If the physician has followed appropriate guidelines, they are not held accountable. If they have not taken appropriate action, they can be taken against the physician. If there is a dispute, the physician can turn to the union for help.

If any chaotic conflict it is usually the passive bystanders that take the biggest hit. Physicians simply can no longer remain passive.

The hidden threat of the 80-hour resident workweek 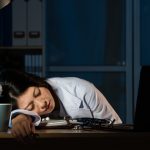 Is there danger in hoping too much? 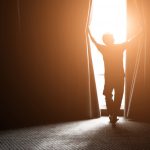