As is often the case when flying I was rewarded for offering a greeting to my row mate on the plane with a bit of insight and knowledge I’d have missed had I not simply reached out a hand and said, “Hi, I’m Darrell.” My momentary companion (we each moved to more spacious seats) had been a schoolmate of the recently deceased Kate Spade. He confirmed her years-long struggle with a depression that defied logic and was thus a depression that was as pathological as diabetes or heart disease or cancer. Opening my Sunday papers brings stories from the friends of Anthony Bourdain, also deceased, and his decades-long struggles with the same demon disease.

Like so many others, both Mrs. Spade and Mr. Bourdain were killed by illness; cause of death: suicide.

First, a couple of statistics. Suicide is presently the 10th most frequent cause of death in the U.S. currently responsible for taking roughly 45,000 lives each year. I am a physician. Doctors die from suicide at a rate of 40 per 100,000, the highest rate of any profession and twice the rate of Americans in general. Suicide is the second leading cause of death among teenagers (behind accidents), having surpassed homicide for the first time in 2017.

(As an aside, the U.S. loses more young lives from all causes than any other developed country. This drag on life-expectancy should always be considered when you compare the health outcomes of various countries.)

A very large percentage of these deaths occur in those who suffer from some kind of mental illness, of which depression is far and away the most common.

It is time for us in America to reframe our conversation about suicide for the good of those who are at risk as well as those who have lost a loved one for whom the cause of death was suicide. Let us start, as we should in all serious discussions, with the language we use. For decades at least we have used the phrase “committed suicide” when describing such deaths. It is well past time for us to retire this phrase, at least for people like Kate Spade and Anthony Bourdain. To commit is to perform a willful act while under the full control of all of your faculties. Commitment implies the performance of an action that is the culmination of rational thought. Outside of war, the act of taking a life after rational thought is the purview of the psychopath; it bespeaks the presence of evil.

People like Spade and Bourdain who are killed by suicide are not evil.

We will all come upon well-meaning entreaties from those around us offering help should one be considering suicide. We will see headlines and the like proclaiming that “Suicide can be prevented.” Can it? Can suicide be prevented by addressing suicide and the thought of suicide itself? By and large, suicide is an effect, not a cause. Some suicides do, indeed, follow the rapid appearance of dismay and despair, and these may very well respond to the well-meaning aid of those who offer a phone number, an ear, or a ride to a doctor or therapist. For some, especially the young, suicide is an impulsive reaction to an overwhelming emotion. For those left behind these are the hardest for we all surely ask “what if,” and we all as surely respond “if only.”

There is suicide that kills as the consequence of illness too long in development, even with the best of care possible. Depression, bipolar disease, schizophrenia and their ilk sometimes prove untreatable in the exact same manner as cancer or heart disease. Suicide is the cause of death in the same way that liver failure might take someone with widespread cancer that began in another organ; the ultimate cause was neither the failed liver nor the suicide but the underlying disease. It is so very, very important for the family and friends and acquaintances of those who ultimately pass by suicide to understand and accept this, especially if their loved one was being actively treated. Here, in these circumstances, we the living must guard against “what if” and “if only” as if our own lives depended on it.

I have known you all, you who have lost and who are still here to remember. I am one of you. Friends and acquaintances, friends and family members of acquaintances — I, too, have losses. “What if” and “If only” haunt us all. For us, as it so often is, the solution lies in love and kindness extended not only to those who are suffering, but to those we have lost and most especially to ourselves. No one who loved us as we loved them would have chosen to hurt us in life; how they ultimately died was not a choice to hurt us in the passing. We will surely hurt but we must not allow ourselves to feel that we have been hurt on purpose. More so, in time we must forgive ourselves for that which we could not change as surely as we could not have saved the parent or the sibling or the friend who died from cancer. We must forgive ourselves, be kind and loving to ourselves and all of the others who share our loss, for the alternative for us is despair and dismay.

We can begin this cycle of kindness and love by choosing a different way to discuss suicide and calling it what it is: the cause of death. Do reach out to those you know who have been buried by despair and are drowning in dismay, for they might be saved. Fight for the right to do so. Do champion the recognition that mental health diseases that have no outward signs such as true depression are as real as an open fracture at the scene of an accident; they should be treated as seriously and with the same sense of urgency. Fight for the right to have these diseases treated the same way. Doing so will save lives. Love those you love as much as they will let you for as long as they are alive for the loving, and let them do the same for you.

Peace and grace be upon those who have lost loved ones who were killed by suicide. Joy and love to all who have stood with toes across the precipice and stepped back, and to those who were there to embrace them when they did.

Darrell White is an ophthalmologist who blogs at Random Thoughts from a Restless Mind.

Physician heal thyself: Practice medicine on your own terms 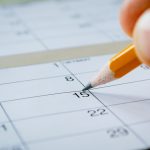 A physician was fired for standing up for his beliefs 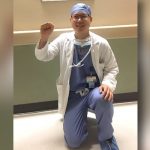 Call suicide by what it is: the cause of death
1 comments