As a child psychiatrist, it was such a pleasure to see a play about a child who suffers psychologically and finds a way to heal that does not require an epic quest, a magical ability,  becoming a princess, or even fixing the problem itself.

Sarah Silverman’s delightfully witty, dirty, and wordy musical, The Bedwetter, which ends its run today, features a spunky and irreverent 10-year-old girl with typical tween issues. A family’s messy divorce necessitates a move to an ill-fitting, conservative town, triggering a cascade of social and emotional challenges for Sarah, who also happens to suffer from lifelong primary enuresis, or bedwetting.

Enuresis is a common problem child psychiatrists see in our offices. Most children grow out of it, but for when it persists, there are many treatments, the mainstay of which are behavioral (bell and pad) and pharmaceutical (DDAVP). Like many childhood problems, it can be eliminated more quickly now than several decades ago, but only with great motivation and effort, and not all of the time.

In The Bedwetter, Sarah is taken see a hilarious series of specialists—a hypnotist in his own mid-life crisis fails to engage her in a meditation, and endearingly pleads to the audience, “She just needs to grow up!”; a suicidal psychopharmacologist maniacally dances around with human-sized Xanax capsules. As hopelessness grows, Sarah’s depression takes hold.

In child psychiatry, often examining one problem uncovers many more. What seems like a simple treatment is usually not. Healing occurs, as with a skin wound, in layers. This play does a refreshing job of illustrating that process, layer by layer.

First, Sarah’s mother takes the critical step of accepting Sarah’s problems without trying to get her to change. Changing the focus from “fixing” to patient curiosity helps Sarah feel cared for and understood. Her father then takes a deep breath and invites Sarah to “just tell me what’s on your mind.” She eagerly talks about the divorce, her sense of loss and confusion, the social difficulties at school, her failed coping strategies. In doing so, she is visibly relieved, even if her problems are not “solved.” This is the most fundamental action of all psychotherapies—being able to download what’s on your mind.

Still, Sarah’s shame about her symptom persists. Shame lies at the bottom of many psychiatric problems, and in a way, what it is to be a kid is to feel close to the possibility of shame at all times. When you’re a kid, you have very little perspective on your problem and often feel alone with it; you are also much more dependent on what adults and peers think of you; and your peers, by and large, are brittle, fickle, and insecure. Further, kids like to shame other kids and use special words to evoke maximum shame (one special gift this musical offers is a song about being “corroded”). Shame is also one of the hardest feelings to talk about, because of … well, the shame.

When the zany character of “Miss New Hampshire,” Sarah’s idol, reveals that she, too, was a bedwetter, Sarah’s shame finds some relief. It doesn’t take it all away but does give Sarah the courage to move toward the final stage of the musical’s plot and of her recovery: to tell the unvarnished truth about the bed wetting in her debut stand-up comedy show to her middle school classmates. This is classic “exposure therapy”—taking a fear and confronting it directly.

The next layer: how can Sarah heal from her parents’ messy divorce?

Even in a divorce that is still raw with grief and rage, Sarah’s parents fill their child with love. She, in turn, can love both parents fully, even for the very things that cause them to hate each other. For example, Sarah’s mother patiently keeps her company in her sadness because she too is bedridden from a depression that her father bitterly critiques as laziness. Similarly, Sarah perfects the sparkling humor makes her a star—in her family, her school, and then in the world—because of her father’s off-color behavior (including a parade of infidelities) and his famous “grownup jokes:” “So the wolf said to little red riding hood I’m going to eat you, and little red riding hood said to the wolf: ‘eat, eat … doesn’t anybody F- anymore?'”

Sarah’s grownups struck me as most heroic when they offered pointed, generous comments to Sarah about one another, each of which glows like a golden orb inside her: the salty paternal grandmother, on her death bed, says to Sarah: “you should be glad to be like your mom – she’s classy.” And when Sarah’s sister asks their mother, “is dad an asshole?” She says, “yes … well, no, he’s a person,” and “we have very little in common these days except our love for you.”

I was sad to see The Bedwetter’s mixed reviews. It was criticized for its meandering plot, its “feeble and non-noncommittal” scenery, and (albeit wittily) for being “a leaky mess.” To the extent that it failed to pack a traditional punch,  it reflected life honestly, which is why it is also not surprising that instead of going to Broadway, the show is closing today. That’s a shame; it reflects the limited interest in our culture of the real emotional lives of children.

But I’m mostly writing this because I really liked the play. It made me feel good about kids, and the bounty of the passing of time, the nonlinear process of problems getting better, and the adventure of living with them while they do. It made me feel good about what I do, the city where I work, the time we live in, and some of the people, like Sarah Silverman and her colleagues, who are the celebrities of our era. It just made me feel, as little Sarah says on her first day of fifth grade, “really really F-ing glad to be here.”

Suzanne Garfinkle is a child psychiatrist.

Don’t give up on intermittent fasting just yet [PODCAST] 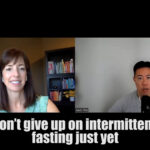 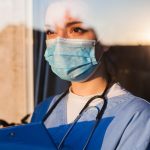 A child psychiatrist on Sarah Silverman’s The Bedwetter
1 comments